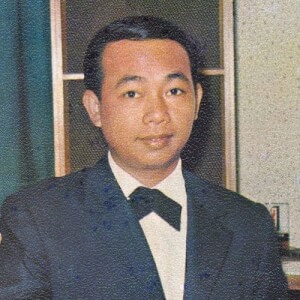 Sinn Sisamouth[a] (c. 1932 – c. 1976) was a Cambodian singer-songwriter active from the 1950s to the 1970s. Widely considered the "King of Khmer Music", Sisamouth, along with Ros Serey Sothea, Pen Ran, Mao Sareth, and other Cambodian artists, was part of a thriving pop music scene in Phnom Penh that blended elements of Khmer traditional music with the sounds of rhythm and blues and rock and roll to develop a Cambodian rock sound. Sisamouth died during the Khmer Rouge regime under circumstances that are unclear.

Make a donation to support us and become pro