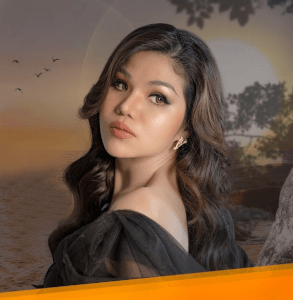 Meas Soksophea was born on January 29, 1984, in Kampong Speu province to a father named Meas Sarim, a former director of the Kampong Speu Provincial Department of Industry, and a mother and Sok Vilun, a former employee of the Department of Industry. Meas Soksophea has three siblings and she is the second child in the family. The eldest son in the family, Meas Sokratanak, is also a songwriter. He is the general manager of Town Production and the youngest son, Meas Sok Vannak, is a military officer. In 1990, Meas Soksophea's family decided to move from Kampong Speu province to live in Kandal province's Kien Svay district for a while. When her father suddenly died, the burden of providing for the family fell on his children. Meas Soksophea and her brother decided to sing at various weddings, usually paid with a small salary, until 2000 when Cambodia experienced the biggest flood in the country.

Come back to me check

Hold Me for a While check

I can’t let you go check

I can't let you go check

On My Way Up check

Make a donation to support us and become pro